Aviation used to be a male-dominated field, aka a man’s job, but some amazing women through history decided to choose the road less taken and learn how to fly. These early female pilots were the pioneers who opened the gates for the upcoming generations. Now it is almost natural to find women in the cockpit.

Some of those names are so famous that you must have heard of them before, and some are less known, but they are all equally strong and impressive.

So let’s take a look at some of the most distinguished female pilots. 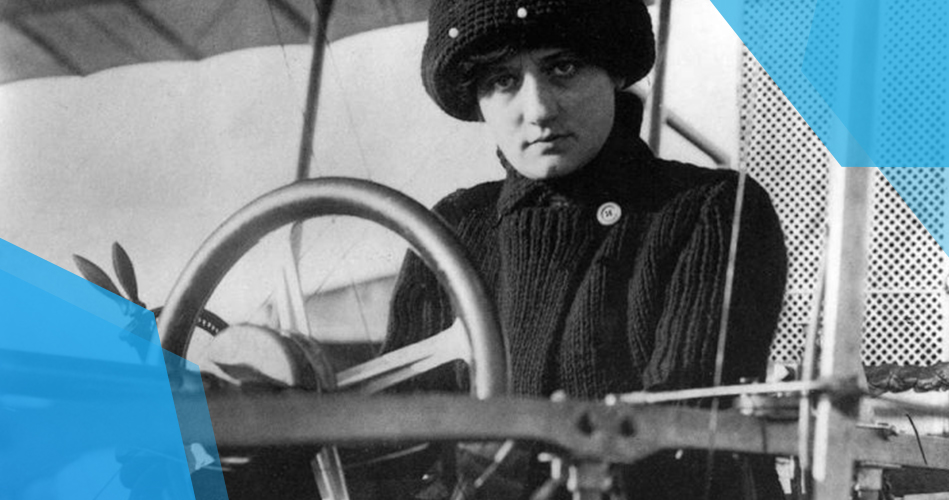 Born in 1882, in Paris, Raymonde de Laroche was the first woman to get a pilot license.

Elise Raymonde Deroche was an actress, but watching the demonstration flights by the Wright brothers in 1908  in Paris, as well as meeting various aviators, ignited a passion towards the field, and she started to dream about flying herself.

Tutored by Charles Voisin, a pilot, and an airplane builder, she flew for the first time in 1909 and got her official pilot license in 1910.

She broke several world records during her career, first for flying a distance of 323 kilometers, and for flying an altitude of 4500 meters above the ground in 1913 and then 4800 meters in 1919.

Flight magazine called Raymonde de Laroche “The Baroness”, and the title stayed with her all her life that a lot of people thought she was of noble origin. 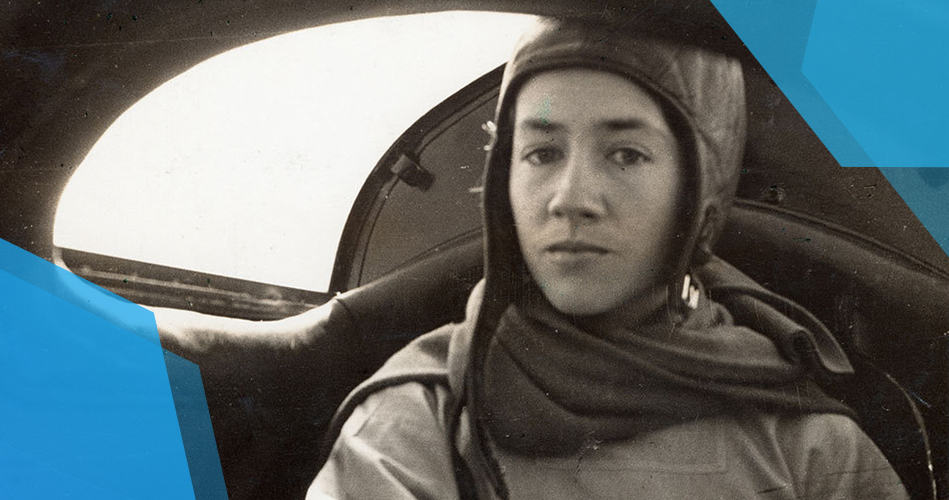 Born in 1906, Anne Spencer Morrow Lindbergh was a writer and a pilot.

A prime example for women’s rights, Anne worked side by side with her husband, Charles Lindbergh, she was his co-pilot for years.

In 1930, Anne became the first woman in the U.S.A to get a glider pilot’s license. She later worked as her husband’s co-pilot, navigator, and radio operator.

She helped Charles set a new transcontinental speed record, they flew from Los Angeles to New York City in 14 hours 45 minutes, which was a record at the time. And in 1931 they made a three-month-long journey to survey air routes from Canada and Alaska to East Asia. That trip was the subject of Lindbergh’s first book, North to the Orient, which was published in 1935.

Her most famous written work, Gift from the Sea, was published in 1955. It comprises a collection of essays that discuss the struggle we all go through to achieve balance and serenity in life, with a focus on the life of modern women. 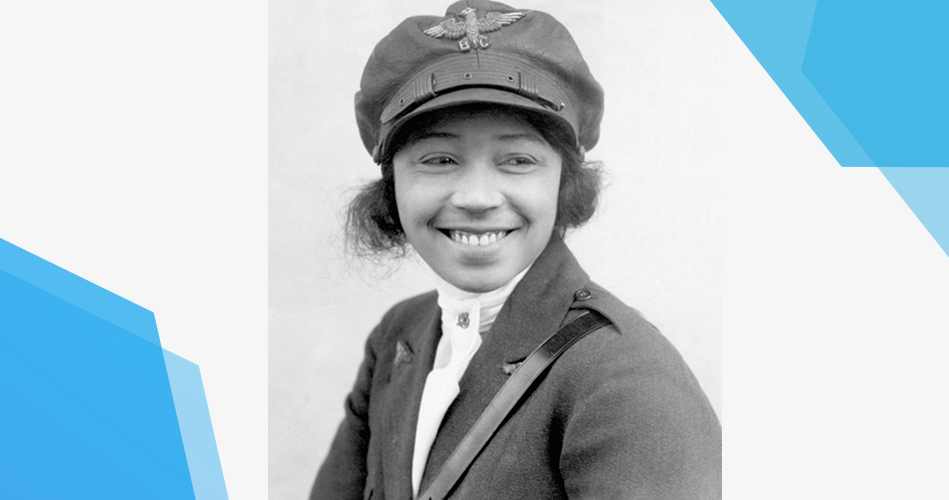 Born in 1892, Bessie Coleman was the first African American woman, as well as the first woman of Native-American descent to earn a pilot license.

Even though flying schools in the United States did not accept black women at the time, she was determined enough to find another way to achieve her goal. Bessie learned French and moved to France. She studied at Caudron Brother’s School of Aviation and got her international pilot license in 1921, thus becoming the first person of African-American and Native American descent to earn an international aviation license from the Fédération Aéronautique Internationale.

In order to start a career as a stunt flier, Bessie needed advanced lessons. She spent another two months in France where she took an advanced course in aviation, then left for the Netherlands to meet the renowned aircraft designer Anthony Fokker. After that, she traveled to Germany, where she received additional training at the Fokker Corporation from one of the company’s chief pilots. After all this extensive training, Bessie went back to America to start a career in exhibition flying, becoming one of the most famous female pilots in the USA.

Not only did she make solo flights, but Bessica Medlar Raiche also designed and built an airplane with her husband.

A doctor, a linguist, an artist, a musician, and a pilot, Bessica was certainly both gifted and motivated. Bessica, who was born in 1875, graduated from Tufts Medical School in 1903. She practiced medicine as a doctor and a dentist.

When she was in France studying painting, she saw Orville Wright demonstrate his Wright Flyer. This affected her tremendously that she decided to build a similar aircraft when she went back home to the USA.

With the help of her husband, she built an airplane based on the Wrights’ design but using lighter-weight materials. And because she was lighter than her husband it was decided that she would be the one who tries the plane.

The flight took place on 16 September 1910, Bessica flew the plane exactly five times. The last flight, however, did not end with the smoothest landing, but Bessica was unharmed. 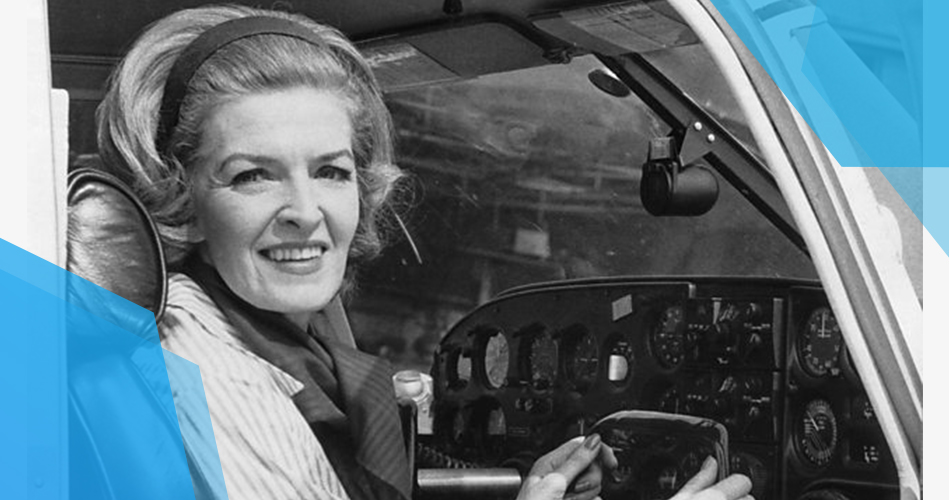 Born in 1927, British aviator Sheila Scott broke more than 100 flying records between 1965 and 1972. She is definitely one of the most powerful women in the cockpit.

She earned her pilot license in 1960 and started racing with her old biplane. To support her passion for flying, she worked as a demonstrator for Cessna and Piper aircraft.

Her 100th world-class record was set during her third around-the-world solo flight. 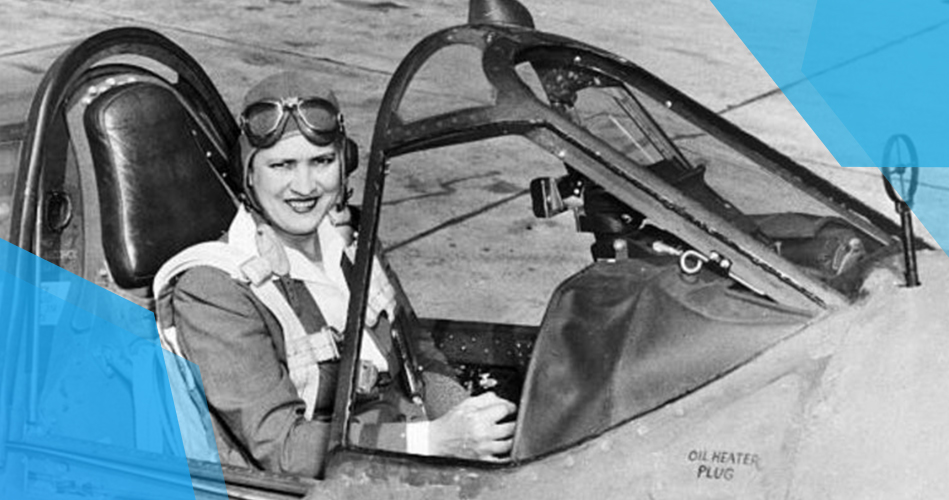 At the time of her death in 1980, Jacqueline Cochran, who was born in 1906, held more distance, altitude and speed world records than any other pilot, male or female.

Known as the speed queen, Cochran was the only woman to compete and win in the Bendix race, the first female pilot to break the sound barrier, the first woman to land and take off from an aircraft carrier, and the first female president of the Federation Aeronautique Internationale.

Cochran used her fame and money to help empower women, contributing to charitable causes and trying to establish a place for women in the space race. She believed that it was not enough to put more women in the cockpit women should also conquer space.

To learn more about famous women in the cockpit see also: