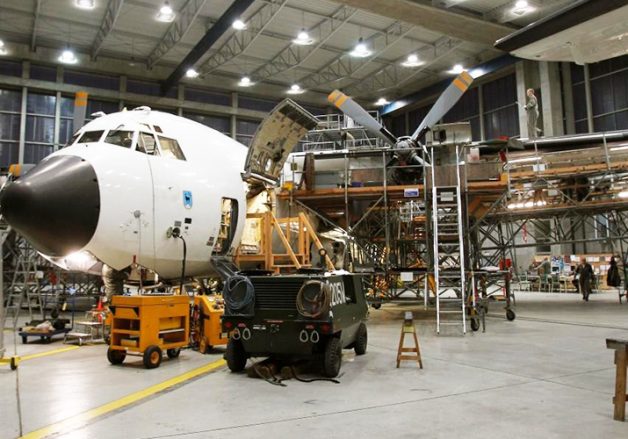 An airplane is a powered aircraft that is propelled forward in the air by thrust from an engine. We all know that, but how do we come to this stage? How are airplanes made?

Are airplanes mass-produced? Does the factory produce hundreds of airplanes at the same time as small appliances? Or does it produce one airplane at a time like handmade antiques? Or is the truth a mixture of both statements?

It takes several stages of design and manufacturing to construct something this huge and has the ability to fly in the skies. Let’s take a look at those stages together and learn how are airplanes made.

How are airplanes made: The design stage

The objectives and specifications of the aircraft are established during the design and planning process.

The first step is using drawings and equations. Computers are used by companies during this stage to draw and plan the design.

Then comes the simulation stage, computers are used again to do initial simulations of the aircraft. After that small models of all the design or just certain parts of the plane are made and tested in wind tunnels to tests and experience its aerodynamics.

The design and planning stage can take up to four years.

How are airplanes made: The construction stage

An airplane comprises a number of major components, such as fuselage, wings, empennage, undercarriage and one or more engines.

Each and every one of these components consists of thousands of small parts. The smaller parts are constructed individually and then put together.

When two or more components need to be joined together by welding for an airplane, the process must meet the most strict and specific safety regulations and standards. The National Aerospace and Defense Contractors Accreditation Program (Nadcap) sets global requirements for quality, quality management, and quality assurance for all aircraft construction.

Very few companies around the world produce airplanes on a large scale. But aircraft construction is a process that usually involves numerous other companies and plants in addition to the main manufacturing company.

The other companies oftentimes produce the components that go into the plane. Or just produce the parts that go into making the major components. A company for instance can be responsible for producing airplane windows. And as this process is not limited to companies in the same city as the manufacturing plant or even the same country, sometimes airplane parts can come from all over the world.

How are airplanes made: The assembly stage

The finished and inspected parts are sent to the main plant of the plane company, where the production line is located. The parts are now ready to be joined together to form an airplane.

Sometimes there are production lines dedicated to the assembly of certain parts of the plane, especially the wings and the fuselage in case of very large planes.

After the whole airplane is put together, it is thoroughly inspected to search for any imperfections or defects.

After the inspectors grant their approval, the plane is put through a series of flight tests to assure that all its systems are working properly and that the plane works smoothly without a hitch.

But that is not the final stage, after passing all these tests, the plane is now ready to receive the “final touchups”  which may include internal configuration or painting, or any cosmetic work.

After this stage, the airplane is finally ready to be delivered to the customer.

General aviation activities are divided between personal aviation, recreational aviation, and rescue services, and most general aviation aircraft are small in size and have one or two engines and some are equipped with jet engines, but most of them are powered by propellers. commercial transport aircraft are large and accommodate to transport passengers, goods, or goods only Airlines operate these aircraft, the smallest of which can accommodate between 20 and 100 passengers, the largest of which can accommodate more than a hundred people. As for warplanes, they include bombers, fighters, and warships owned by the governments of countries.

The process of making aircraft includes many materials to manufacture it, it can enter the wood, some composite materials, synthetic fibers, and several types of metals. The first aircraft were manufactured from wood and covered with cloth, and then the aircraft industry developed and became made from a mixture of metals and aluminum, which It is also distinguished by its strength and lightweight, and aircraft building materials are not limited to those only, titanium metal is also included in some parts of aircraft such as the engine, and there are some composite materials with a very lightweight in exchange for its strength, as the proportion of composite materials in some aircraft may reach half, which makes that one The best options in the process of building aircraft

The most famous countries that manufacture airplanes

The United States of America: It is the manufacturer of the most famous Boeing aircraft in the world.

France, Germany, Spain and Britain: All these countries participate in the manufacture of the competing plane for Boeing, which is “Airbus”.

Russia: Its warplane industry constitutes an important part of the Russian economy.