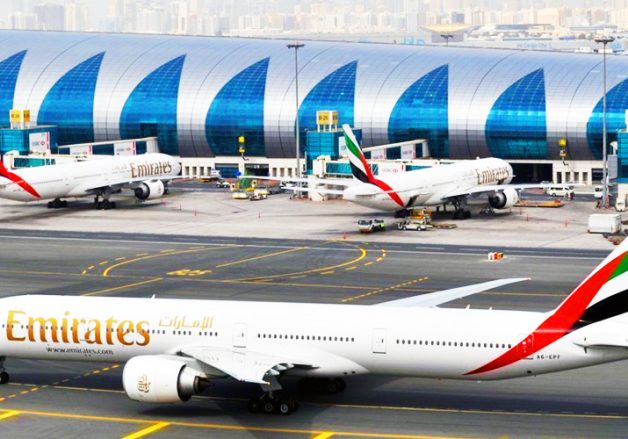 These are two different factors and it is not easy to just choose one of them to be the determining factor for an airport’s success and growth.

These factors are also somehow correlated; the airports which see the most traffic usually get expanded so they become even larger in area.

In helping passengers and goods get from a destination to another, these airports, regardless of their size and traffic, participate in the local and global economy. They also provide employment to millions of people.

Let’s take a look here are the largest and busiest airports in the Middle East:

Dubai International Airport: The largest airport in the world in terms of international passenger traffic 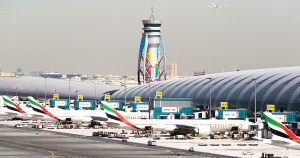 With 88 million passengers, 2.65 million tons of cargo, and 409,493 aircraft movements in 2017, it is the world’s busiest airport by international passenger traffic and has been so for four consecutive years. Dubai International airport is also the sixth-busiest cargo airport in the world.

The airport is not small in terms of the area either; it spreads over an area of 2,900 hectares. Terminal 3 in Dubai International airport is the second-largest building in the world by floor space and the largest airport terminal in the world.

King Abdulaziz International Airport: Can accommodate the most number of aircraft in the world 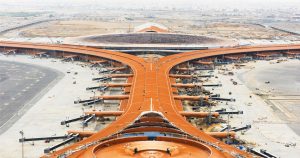 Inaugurated in 1981, the airport is the busiest airport in Saudi Arabia. The airport is known for its Hajj terminal, which is specially built for pilgrims going to Mecca annually. This terminal can handle 80,000 passengers at the same time.

King Fahd International Airport: The largest airport in the world in terms of area 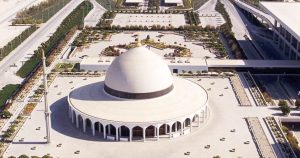 With a total area of 780 square kilometers, this airport as the largest airport in the world in terms of total area. However, not the whole area of the airport is actually utilized. When it is, this airport will have an area of a small country.

This airport in Dammam features a huge 6 story passenger terminal equipped with a total of 110 passenger counters, 66 of which are reserved for Saudi airlines while 44 are for foreign airlines.

One of the interesting facts about this airport is that, due to its location, it operates the Kingdom’s shortest international flight to neighboring Bahrain as well as the kingdom’s longest domestic flight between Dammam and Tabuk. 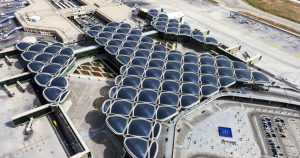 Jordan’s main and largest airport comprises a high class luxurious new terminal which was inaugurated in 2013 to replace the airport’s older passenger and cargo terminals.

After establishing this recent addition, the airport received several awards for being “Best Airport by Region: Middle East” by the Airport Council International.

These awards are given to the airport which achieved the highest customer satisfaction in a worldwide Survey.

Muscat International Airport: Growing and expanding at a fascinating rate

One of the largest and the busiest airports in the region as well as the main international airport in Oman, Muscat International Airport was expanded in 2018.

The airport formerly featured one passenger terminal, one runway, and minor cargo and maintenance facilities. The expansion included the construction of a new terminal, which is the biggest airport in Oman, a new control tower, as well as a new runway.  The newly constructed facilities also include a VIP terminal for private jets and an on-site airport hotel.

To learn more about airports in the Middle East see also:

Aviation in the Kingdom: Newest airports in Saudi Arabia