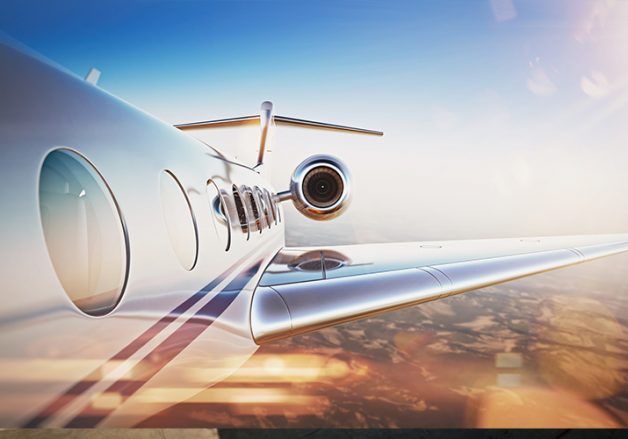 It is noteworthy to mention that Singapore Airlines used to fly the Singapore-New York route until 2013 when it was suspended due to high fuel costs.

Advanced fuel-efficient technology has opened up new possibilities in the world of aviation, allowing airlines to target more nonstop flights.

Covering a distance of 9,032 miles, this flight takes up to 18 hours, 5 minutes of nonstop flight time. Seems like a lot of time for a traveler to sit on board a plane!

The good news is though that the aircraft used for this rout is the Boeing 777-200LR, which is one of the most luxurious planes available in the world right now. The fully reclining seats definitely make the trip more bearable.

The first commercially scheduled non-stop service between Australia and Europe, this flight is Qantas’s longest non-stop flight. During a long flight time of around 17 hours, 20 minutes, this flight covers an equally long distance of 9,010 miles.

And the aircraft chosen for this mission is the Boeing. The Dreamliner offers several jetlag-fighting features like higher cabin pressure and humidity as well as bigger windows. Qantas worked with scientists at the Charles Perkins Centre in Sydney University to customize everything from in-flight lighting to meal service and more in order to help passengers adjust to the destination time zone faster.

During a flight time of 17 hours and 5 minutes, this flight covers a distance of 8,824 miles.

The aircraft used for this flight is Airbus A380. The plane is generally comfortable but the three-four three setting in the economy class might be a little claustrophobic in such a long flight.

The highlight of this very long flight is the inflight entertainment system called ICE. It boasts 600 movies in numerous languages other than Standard English and Arabic usually available, from Hungarian to Portuguese, Swedish, and Farsi. There are hundreds of TV, music, radio channels, and audiobooks, also in multiple languages. The trip might be long but it certainly isn’t boring.

This flight covers a distance of 8,770 miles for 17 hours, 50 minutes of flight time. And it is noteworthy to mention that United is the only U.S. carrier that offers direct flights between Los Angeles and Singapore.

Boeing 787-9 Dreamliner is the aircraft that flies this particular line. One of the most luxurious aircraft in the world, the Dreamliner features business class, premium economy, and economy seats.

This flight crosses a distance of 8,596 miles for 17 hours and 30 minutes of flight time.

Very popular among long haul flights, The Boeing 787-9 Dreamliner is again the chosen aircraft for this flight.

Interestingly enough, the plane arrives at Sydney two days after leaving Houston, with one day lost because of the International Date Line. On the return journey, however, passengers will arrive 75 minutes before they set off, local time. Aren’t long haul flights the most interesting thing ever?!

The “Cathay Pacific” company allows travel from New York City to Hong Kong, China, and that flight requires 14 hours and 39 minutes to cover a distance of 12.9 thousand kilometers.

The flight between Johannesburg, South Africa, and Atlanta, Georgia, USA, takes about 16 hours and 35 minutes on board a “Boeing 777-200” belonging to the American company “Delta Airlines”, with a distance of more than 13.5 thousand kilometers.

The “Boeing 777-300” of the “Saudi Airlines” company needs approximately 16 hours to travel from Jeddah to Los Angeles, USA, and the distance of that flight is about 13.40 thousand kilometers.

Australian airline Qantas: The US state of Texas – the city of Sydney

The Australian airline “Qantas” offers that flight between the US state of Texas and the city of Sydney in Australia on board an Airbus “A380-800”, and it is the longest non-stop flight in the world, taking about 16 hours to travel more than 13.8 thousand kilometers.

Emirates Airlines offers a flight from Dubai to Houston, Texas, on an Airbus A380-800, which takes 16 hours and 19 minutes to travel more than 13.13 thousand kilometers.

American Airlines provides the ability to travel from “Dallas Fort Worth Airport”, Texas, to Hong Kong, China, on a Boeing 777-300, and that flight takes 15 hours and 8 minutes to cover a distance of 13 thousand kilometers.

Emirates Airlines offers this flight, which takes about 15 hours and 37 minutes to complete its flight between Dubai and San Francisco, California, USA, using an Airbus A380-800.