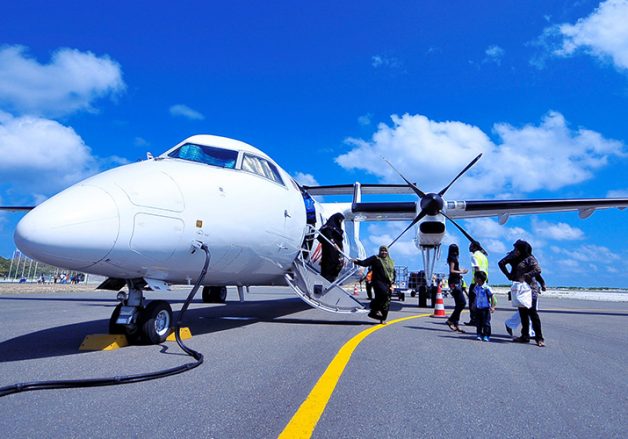 Private jets are the epitome of luxury, owning a private jet automatically suggests that the person is doing well. But how much do they really cost? Is there anything as an affordable private jet? What are the prices of private jets?

Actually prices of private jets vary greatly, from the ostentatiously expensive to the reasonably affordable.

These most comfortable aircraft are available for businessmen to save their precious time, as they need to finish multiple meetings in different cities or visit many places in a short time.

As for private jets for leisure, you can use them to travel in luxury, comfort, and privacy, for a weekend for you, your family, and friends.

The most expensive private jets:

With a hefty price tag of almost $500 million, the Airbus 380 is the most expensive private jet in the world; it is also the largest one.

This plane is primarily made for commercial flights, it can accommodate up to 800 passengers. The same model is part of the fleet in the best airlines in the world like Singapore Airlines and Emirates airlines.

However, an Airbus 380 has been purchased as a private jet. The owner of this extremely luxurious private jet is the Saudi Prince Alwaleed bin Talal al-Saud.

This private jet includes an elevator, a parking space for a Rolls Royce, a concert hall, and a prayer room with electronic mats that automatically rotate to face Mecca, a private jet truly fit for a prince.

The basic Boeing 747 costs around $100 million, but another $130 million were invested in order to create this luxurious private jet.

The living room, bedroom, and bathroom are all decorated with gold and crystal and the washbasins in all the bathrooms are made out of solid gold.

It is noteworthy to mention that the Sultan also owns a diverse collection of private jets, including two Airbus A340s and a 767, but the Boeing 747-430 is his largest and most expensive private jet.

One of the most beautiful private jets around the world, and also one of the most expensive, the base model of this plane starts at $153 million.

Hong Kong real estate tycoon Joseph Lau owns this private jet, it is a flying dream. Named “Dreamliner”, most of the interior is handcrafted and there’s a spiral staircase that goes up to one of the two decks.

This four-engine massive plane can accommodate hundreds of passengers if it were a commercial plane; this is how huge it is!

The base price of a new Gulfstream III is around $65 million, but American producer, actor, and director, Tyler Perry, spent another $60 million to turn his into a Flying theater.

A special type of glass was installed instead of the regular window shades so he can control the opacity in an electronic way to achieve the theater effect.

One of the most expensive private jets flying the skies today is Donald Trump’s $100 million jets.

The 43-seater private jet features state of the art electronic equipment and has the family logo inscribed on everything.

Featuring 24-carat gold plated seat belts and a built-in multiplex movie system which has a library of 1,000 movies and a 52-inch flat-screen display, this plane is definitely luxurious.

Taking a look at this small plane you can see the huge difference in the prices of private jets, it is almost shocking!

For only $2 million you can purchase this beautiful private jet which has the largest windows among all light jets, thanks to its pioneering carbon fiber construction.

From the inside, it is not much bigger than an SUV, but this airplane flies like a dream.

Of course, owning a private jet can be very expensive. There are additional costs that are not limited to paying money, but there are significant costs paid to the crew, fuel, and regular maintenance. Consequently, there is a better alternative than owning a private jet, which is its rental, which is usually cost per hour. The cost depends on several factors, including the size of the aircraft, the time of the flight, the type of the plane, and the number of passengers.

According to private jet charter companies in the Middle East and The Arabian Gulf, the cost of hiring a small private plane may reach $3,811.64 per hour, rising to about $5,445.20 per hour for medium-sized aircraft with a capacity of up to 10 passengers.

Fly fast: The fastest planes in the world