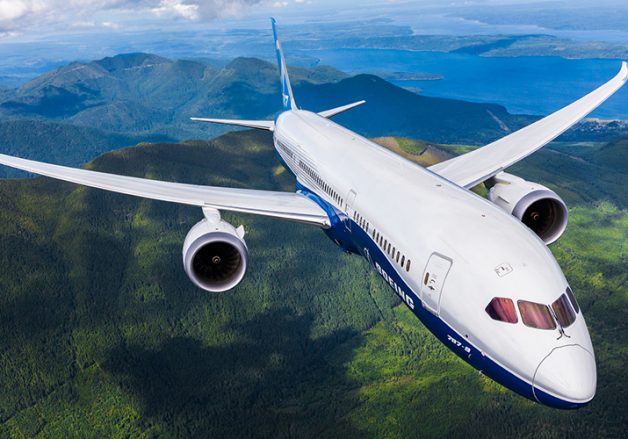 It is noteworthy to mention that we are excluding military crafts here, we know how fast they can be, however our focus here is commercial jets.

Also keep in mind that we based our list here on cruising speed not maximum speed, as maximum speed is only ever used when trying the plane by test pilots under highly controlled conditions.

How do planes measure speed?

Aircraft speeds travelling at high altitude are not measured in the same way as any vichel on ground. Though mph figures can be produced, it is more common to use knots, air speed and its Mach number, a velocity relative to the speed of sound. For example, Mach 1 is equal to the speed of sound, which is 767mph.

That being said, take a look with us at the fastest planes in the world:

The 747-8 is the largest version of the Boeing 747 as long as the longest passenger aircraft in the world. And according to Boeing, the 747-8I is the world’s fastest commercial jet.

This plane can reach an impressive speed of Mach 0.86; it is currently in service with several major commercial airlines such as Air China, Korean Air and Lufthansa.

Up until now, this is the best-selling version of the 747, and also one of the fastest planes in the world operating at Mach 0.855.

Between the years 1988 and 2005, 694 of this model were built for numerous airlines around the world. Furthermore, more than 200 of these planes remain in service with carriers like British Airways, China Airlines, Korean Air and Lufthansa.

The world’s largest passenger airliner, several airports around the world has upgraded their facilities to accommodate this plane.

And with a cruising speed of Mach 0.85, this plane is not only huge, it is also super-fast.

Moreover, it is one of the most popular jumbo jets in the world. More than 200 have been delivered since 2007 when this plane entered commercial service.

With a cruising speed of Mach 0.85, Boeing 787 Dreamliner is one of the fastest planes in the world.

It is also one of the most popular, since its introduction in 2011 more than 1,200 were ordered and more than half of them have been delivered since.

The Dreamliner also boasts the largest cabin windows among all commercial crafts. With dimensions of 27 by 47 cm, its windows are larger than any other civil air transport and they also feature a higher eye level so that passengers can maintain a view of the horizon.

The oldest still operating plane in our list, the aircraft began service in 1995. More than 1,400 have been delivered since. It was the first commercial airplane to be designed entirely with computer-aided design.

Boeing 777 or as commonly called “Triple Seven”, is the world’s largest twinjet. Nonetheless, this huge plane boasts a cruise speed of Mach 0.84.

This plane cruised the skies at Mach 2.02 from 1976 to 2003. However, that was not its maximum speed; this British-French turbojet-powered supersonic passenger airliner had a maximum speed of Mach 2.2, over twice the speed of sound.

It was the longest survivor of only two supersonic transports to have been operated commercially; the other plane was the Tupolev Tu-144, which only operated in passenger service from 1977 to 1978.

The Tu-144 was the Russian version of the Concorde and the first commercial transport to exceed Mach 2. Having the first flight in the year 1968, The Tu-144 only undertook 55 passenger flights before it was retired due to safety concerns. However, the plane lived on as cargo transport, shuttle pilot trainer, and a vehicle for NASA to do whatever experiments at twice the speed of sound.

This jet was designed to fly at 615 mph, or about Mach .89. Convair 880 really looks like the classic Boeing 707, and just 65 of it were produced between 1959 and 1962. But it did see service with a wide range of carriers including Alaska, Delta, Cathay Pacific, Japan Airlines, and TWA. However, its most famous operator was none other than Elvis Presley.