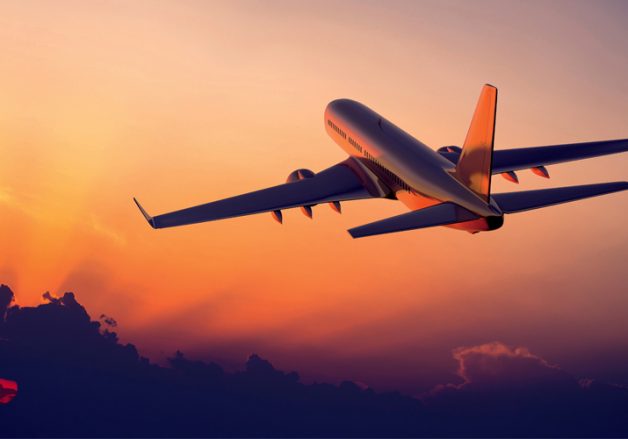 In line with people’s fascination with aviation, airplane movies have garnered a lot of popularity through cinema history.

Some of the most interesting and the most thrilling movies ever made are airplane movies, many of which are blockbusters.

Some of the most renowned movies that take place in the aviation world are based on true stories and some are completely fictional.

Here is our list of the 5 must watch airplane movies

Of course this is our number one choice. This movie is a favorite among aviation lovers, as it should!

Based on an impressive true story about the unparalleled wits and bravery of a pilot, this movie is starred by Tom Hanks and directed by Clint Eastwood. It portrays what happened to flight 1549; the emergency landing in the Hudson River executed by captain pilot Chesley “Sully” Sullenberger.

The main focus of the movie itself though is the unfair trial which the courageous pilot had to go through to prove that what he did was the best option.

The brilliant acting of Tom Hanks adds major points to this movie, definitely a must see.

The film depicts the fascinating life of Hughes from 1927–1947 during the time in which he became a successful film producer and an aviation tycoon while suffering from severe OCD.

The movie was nominated for 11 Academy Awards and won 5 out of them.

The inspiring true story immersed in the aviation and the cinema industries, the intense acting and the brilliant directing make this masterpiece one of the best airplane movies ever made.

Who said that great movies have to be all serious, this hilarious comedy is one of the best airplane movies ever!

Starring Robert Hays and Leslie Nielsen, the movie falls under the genre of surreal comedy, which means that you shouldn’t expect for everything to make sense. You should however expect to laugh uncontrollably.

The film is a mockery of some famous disaster films. Since it was released in 1980, it has been in numerous best film and best comedy film lists.

While aviation may not be the main focus of the movie, it still depicts the life of pilots in an incredibly alluring way.

Directed by Steven Spielberg and starred by Leonardo DiCaprio and Tom Hanks, this movie narrates the life of Frank Abagnale, who managed to perform cons worth millions of dollars before his 19th birthday.

This is one of the most enjoyable movies in the history; this might be largely due to the brilliant acting by both Tom Hanks and Leonardo DiCaprio and the wonderful direction and production by Steven Spielberg. No one expects a movie made by those three to be anything less than enthralling.

Not a movie but an independent documentary film about the aviation industry, ‘One Six Right: The Romance of Flying’ takes place in Van Nuys Airport in Southern California.

The film includes stories told by pilots, air traffic controllers, historians and aviation lovers talking about the history of this airport and the daily life in an airport.

The movie is largely celebrated in the aviation world as it explores common misconceptions about general aviation. It also explores the importance of general aviation and its significant contribution to all aviation industries worldwide. It is currently included in many aviation training programs.

The film revolves around the pilot Webb (Denzel Washington), who has crashed his plane and managed to rescue 96 of the 102 passengers. There is an investigation into the circumstances of the accident.

Fingers start pointing at Webb, and he is accused of causing the accident. When his addiction to alcohol was proven he was sentenced to 12 years or life imprisonment, so he was appointed to a lawyer named Hugh Lang (Don Scheidel).

The film is directed by Robert Zemeckis and starring Denzel Washington

Directed by Jaum Collet-Serra and starring Liam Neeson, the film revolves around a Marshall named Bill who travels to accompany passengers traveling by air.

He receives messages on his phone on the plane’s network from an unknown person telling him that every twenty minutes he will kill a person on the plane unless the airline transfers him $ 150 million to his bank account. If the transfer is not confirmed within twenty minutes, they will start killing one passenger. Bill informs the captain of the plane and suspects one of his business partners that tries to escape and he is forced to kill him in self-defense after making sure of his involvement with the person who corresponds with him, and this was at the end of the first twenty minutes, as the business partner was the first victim on Board.