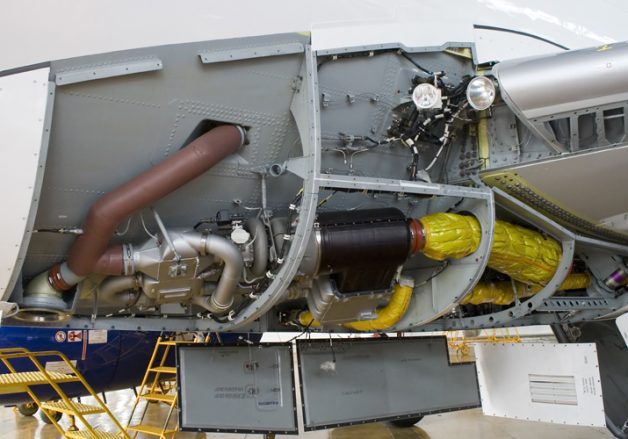 Airplanes are extremely expensive, airlines spend millions and millions to get the latest models, and millions more to operate them. But what happens when the old airplanes get too old to fly, and the lifespan of airplanes is much shorter than you think.

The average airplane can fly for around 25 years; some can fly for 30 years but never more than that. So what happens to old airplanes when they reach that age? Are they still any use?

Let’s take a look at the industry that starts when old airplanes are retired.

What makes an airplane age?

An airplane’s age is usually measured by pressurization cycles. An airplane is pressurized every time it takes flight, inflicting stress on fuselage and wings.

There are maintenance programs designed by airplane manufacturers that determine if some of the airplane’s components have become weary by pressurization. These parts should then be replaced. If the whole airplane has become over-fatigued it should be retired.

When do airplanes actually retire?

Of course, no one waits for an airline to become over-fatigued! Many airplanes do not even reach old age. Even though the lifespan of an airplane is around 25 years as stated earlier, most airplanes are dismantled when they reach 18 years old.

The decision to disassemble an aircraft and sell the parts usually depends on whether the value of its parts and components is higher than that of the airplane as an aircraft.

In the middle of its expected lifespan, most airlines reevaluate the plane. How much does it cost to run the airplane? Are there newer more fuel-efficient models that can fly at a cheaper cost? How much is this plane worth now? Is the sum of its parts larger than the value of it as a plane?

If the cost of running the plane is high but it is still valuable as an aircraft it is usually sold to other smaller airlines.

If the value of the parts and components is higher than the whole the plane is replaced, retired, and dismantled.

What happens when they retire?

When an airplane is no longer operational it oftentimes takes the last flight to a storage airport. These facilities are huge open-air parking lots which are available in several places around the world.

But most of them are located in the southwestern United States, to take advantage of the land availability, and also because the dry climate in these states slows down rusting.

Once an airplane arrives at a storage airport, it is meticulously washed to wash off any salt that may cause corrosion to the exterior. After that, fuel tanks are drained and flushed with lubricant.

Tires are then covered in Mylar to prevent the sun from deteriorating the rubber. And the topcoat is painted in white to deflect the scorching sun rays.

Now the airplane is ready to be stored.

But what is it stored for?

On average, every plane includes more than 350,000 individual components, such as engines, fuselage parts, and electronics.

And even though the plane itself is out of service, many of these parts can be used as spare parts for other aircraft. It is often better to replace a malfunctioning part in an airplane than to fix it.

This process takes a while and when there is nothing of value left, the remains of the airplane are melted for scrap metal.

The aircraft can also be generally recycled and turned over for several things. There are already several models for recycling old aircraft, such as the one conducted in New York in 2006 by the Studio LOT-EK, which used almost 200 Boeing 727 and 737 aircraft structures in building the Gilesco Library in Mexico. The structures were placed on top of each other as floors and this design has won several prizes and is now in progress.
There is also a restaurant in the Turkish city of Belksiri that is designed as an Airbus-style restaurant and has used the Turkish Airlines aircraft structure after it left the service. It is aptly named the Airbus restaurant.
A Swedish businessman turned a Boeing 747 into a hotel in a parking lot go-ahead to Arlanda Airport in Stockholm, Sweden. The hotel has 25 rooms, and one suite in the cockpit.
The strangest case of aircraft recycling and conversion was the work of a teacher called Gary Chapeidz, who bought a Soviet-era plane from Georgian Airlines, transported it to Rustavi, and turned it into a kindergarten through internal renovation, adding some educational equipment and toys. The cockpit is left as it is, and can be used as a play tool for the nearly 1,500 buttons that children can play with.

For more about airplanes see also:

History of aviation: Who invented the airplane